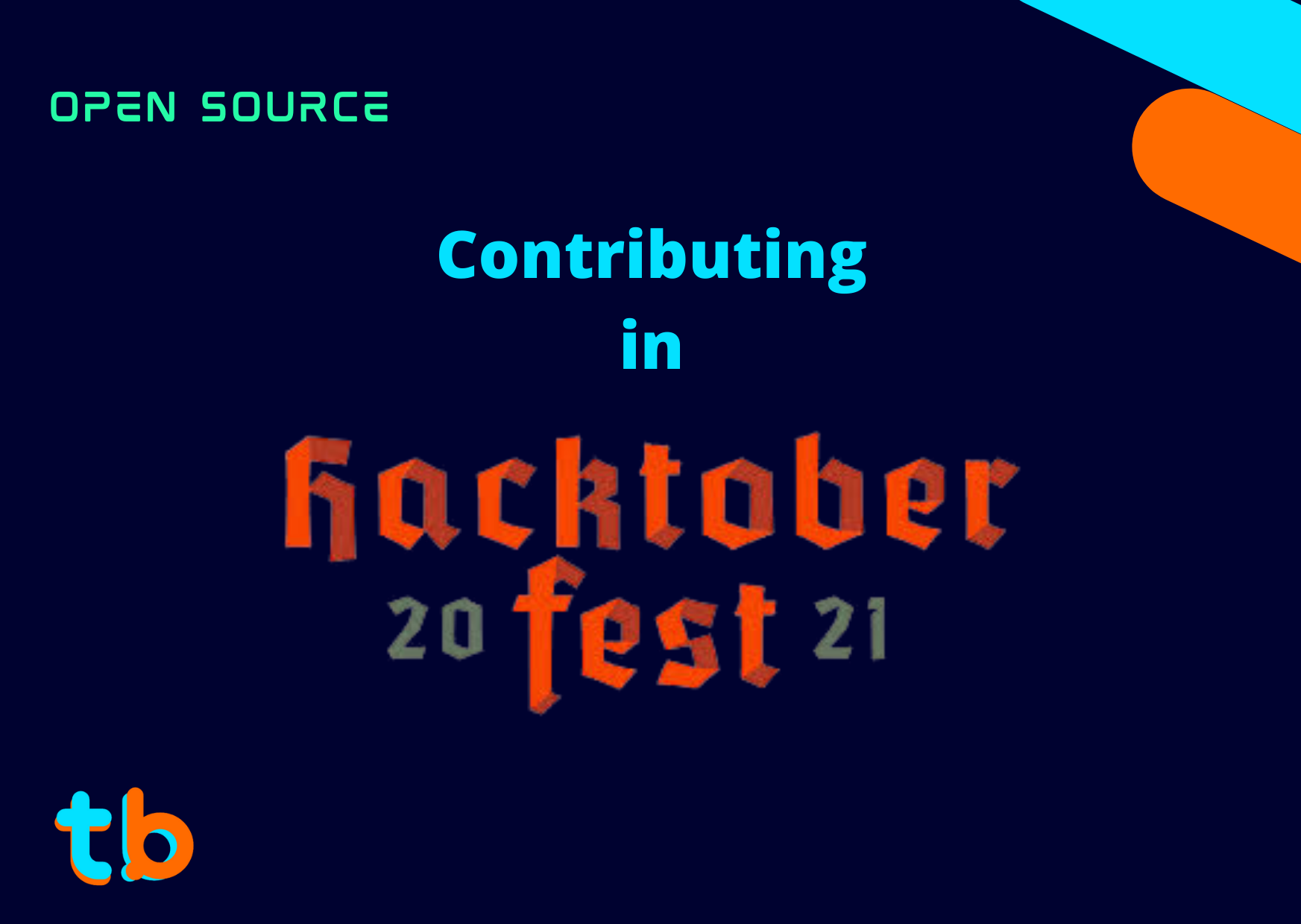 This was my second year as a Hacktoberfest participant, First year was very dry and not so exciting as this turned out to be a cracker of an experience. With mo

This was my second year as a Hacktoberfest participant, First year was very dry and not so exciting as this turned out to be a cracker of an experience. With more than month gone in with only a few contributions, the second half of October was a splendid one for me where I made a lot more than in entire 2 years.

This is my Contributions so far in this month:

Since the beginning of September, I started to contribute to open-source little by little so as to really progress my way into learning new stuff and networking with more people. I also had Hacktoberfest in my mind and so I started with simple issues and got a different perspective of Open-source as it is another way to do things pretty quickly and feeling of getting things done for someone else as a community work. Finding Issues perfect for you is hard but shaping yourself with the requirements for the issue is what you can achieve over a period of time.

So I basically had some 5-6 pull requests merged in some Repositories, I don't trust numbers when it comes to open-source as it might be some documentation changes , branch name changes , translations , etc. This might not be the best contribution I could have made but breaking the ice was an important step, for that I bought my expectations down to contribute to big organizations and projects and started sifting some doable issues. Since then, Hacktoberfest was around the corner and it just carried the momentum of my open-source contribution further.

Getting the hang of Open Source

So, till mid-October, I just had 2 pull requests with only 1 merged. I was out of town for a week and had some college projects to be completed so I couldn't catch up with the contributions but after a few days of getting back on a regular schedule, I was able to submit half a dozen of PRs in a week (all merged). One of them was from the official Jekyll repository :) I was pretty much elated with that contribution though it was only about adding 4-5 lines of documentation, it was something that can be useful for people as it was for me and it was not previously there in the official docs.

You will say, is open-source about merging PRs? No, it's not especially the hacktoberfest labeled ones. I have contributed to only 5 projects with hacktoberfest accepted label others were the stuff which I personally liked and wanted to genuinely contribute to. I also would like to address some issues and things which are not in the spirit of Open source, firstly most of the issues with hacktoberfest accepted labels are from front end, so trivial, self-assigned. I understand it's meant for beginners but it's not only for beginners or is it? I might be wrong here. Still, the maintainers need to up the standards a bit for equal opportunity for everyone to contribute with the spirit of open source.

I wanted to be a maintainer this year but didn't feel much confident about it. It can be a challenge for maintainers as well to fetch attention and come up with good issues and projects. That's a thought for another year until then I will be a happy contributor.

Well, Hacktoberfest is about open-source right? But Open source is not only about Hacktoberfest, like just contributing to getting 4 PRs merged and just forgetting open source because it was mentioned so(also get some Swags). This was my mistake last year :( I just didn't touch open-source after Hacktoberfest. This year I would definitely not repeat the mistake and continue providing value and gain more experience.

What were my learnings

I learned some skills that I might not have otherwise thought about learning. Understanding Svelte , Github Actions for Go lang, leveraging Django and Bash skills were some of my key takeaways from this year of Hacktoberfest. This is too much for me compared to the previous year in which I just used some C++ and Bash to create an Algorithm or function. How stupid of me for contributing to that kind of project and pulling up 4 PRs for that, though I was a beginner and have come too far from making that mistake again. Thanks to everyone who gave me a chance to contribute.

Let's see my top 4 contributions as per my opinion:

What's next in Open Source for me

I'll continue to sort and pick up some issues in my spare time and try to learn something that I have never worked with or am too excited to work on. I have a lot of plans for some Open source projects of existing applications and would like to make them from the ground up.

Some of the things I'm looking for in open source next:

Don't take my word for it, you'll see it in action soon(probably in 2022) XD. Until then it's about learning and documenting the process.

So, it's almost Halloween with Diwali around the corner and sadly an end-of-a-month-long celebration of Open source. Though you can anytime contribute to open source this is a month you can do more than just open source. This year for me was an absolute delight and definitely improved from the horrendous previous experiences. The things I spent time learning in lock-down when there was no result/reward for the effort, are finally getting rewarded, and am much confident than I ever was. Hopefully, you have not read the entire article but that's fine unless you have taken time to read it. Thank you for being here. Until then Happy Coding :)