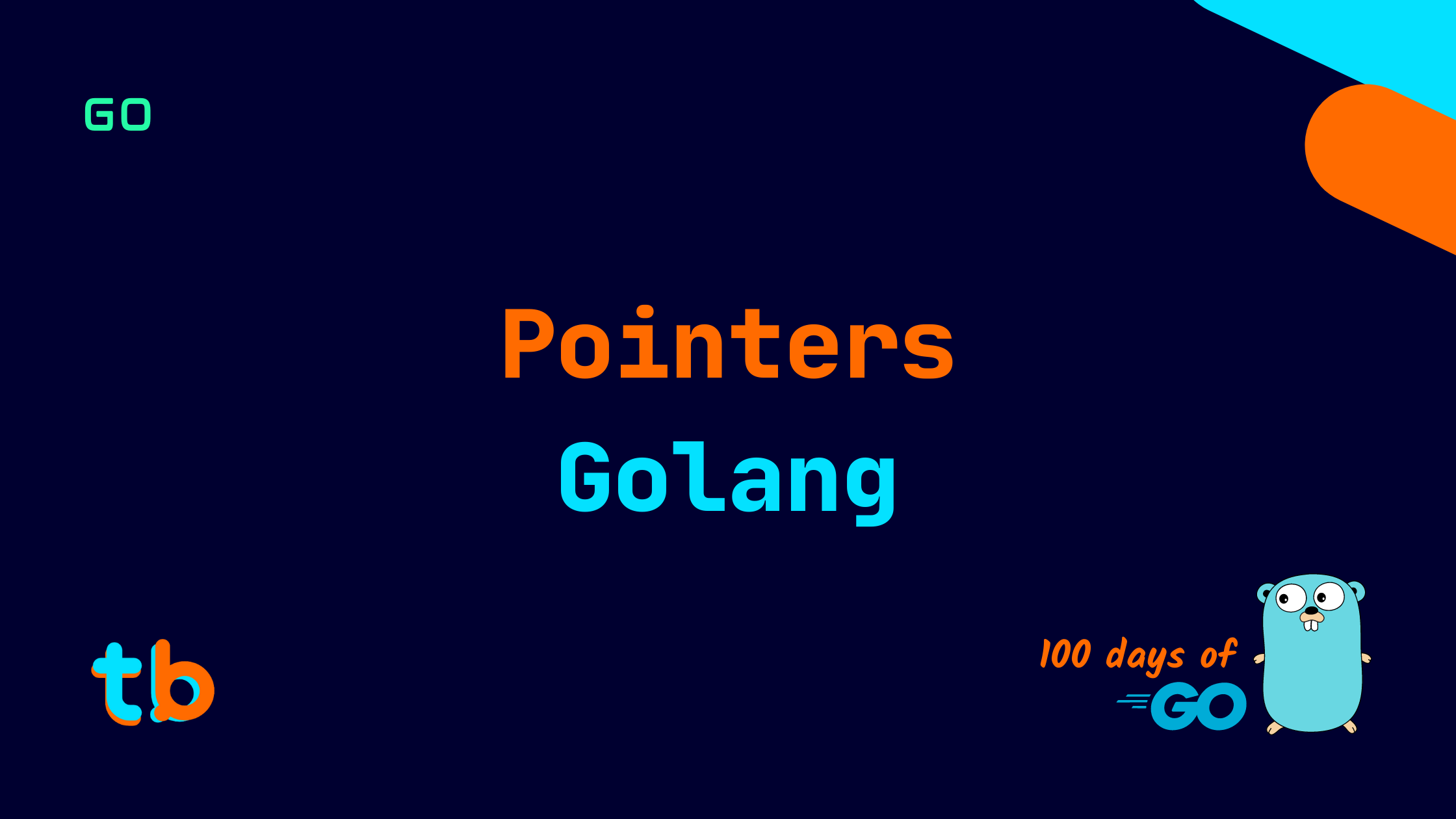 In the tenth part of the series, we will be looking into an interesting concept in programming i.e. Pointer. It's a simple thing but a really powerful concept. Using pointers we can do several things very easily rather than writing a lot of code for a simple thing. We will be looking into basic concepts like declaration, referencing, de-referencing, and some examples on passing by reference, along with a pointer to struct instances.

Pointers are simple, it's just their use case that makes it a big concept. Pointers are really powerful, they can do a lot of things that might seem impossible for a given problem. A pointer is a variable but unlike another variable which stores values in the form of integers, string, boolean, etc. pointers store the memory address. Memory address can be any valid location in memory that generally holds a variable.

To declare pointers in golang, we can use the * before the type of data type we want to refer to. This means a pointer needs to specify which data type it is referencing as a measure of caution to mismatch types in the variable. Initially, the pointer variable is mapped to <nil> that is it points to nothing but a null pointer.

As we can see, the pointer that references an integer is initialized to nil. We have used * before the data type, this can be anything like *string , *bool , *float64 , etc.

We have seen that the * is used to declare a pointer variable, but it is also used for dereferencing a pointer. So, if we used & to get the memory address of a variable, similarly we can use the * to get back the value from the memory address. Both are opposite in terms of accessing the value.

That's basically the concept of pointers in golang. It's that simple. Using the simple concept of referencing and de-referencing, we can perform some operations like passing by reference to functions which will allow us to actually pass the value rather than the copy of the variable's value.

Passing by Reference to Function

Now we have the fundamentals of pointers cleared, we can move into actually using them to do some really useful operations. Generally, when we use parameters such as integers, strings, bool, etc. we are passing the copy of the variables into the function rather than the actual value of the variable. This is where pointers come in. By using pointers to pass the memory address of the variables we need to pass in we actually pass the location of the variables.

Let's take a look at a simple example of a function that swaps the value of two variables.

We have successfully swapped two values without returning any values from the function.

Pointer to a Struct Instance/Object

Let's take a look at a basic example of modifying properties using a pointer to a struct instance.

Here, we have literally changed the value of a property in a struct object using pointers. This is really powerful and time-saving. If pointers were not a thing, you would have to write a separate function for doing the same.

So, that's it we have covered enough basics of pointers so that we are able to understand the working of simple scripts or programs. Even simple data structures like slices or strings can be understood by using pointers in golang. From this part of the series, we were able to understand the declaration, referencing, and de-referencing of pointers along with passing by reference to functions and creating pointers to struct instances.

Thank you for reading. If you have any questions or feedback, please let me know in the comments or on social handles. Happy Coding :)

Setting up Vim for BASH Scripting