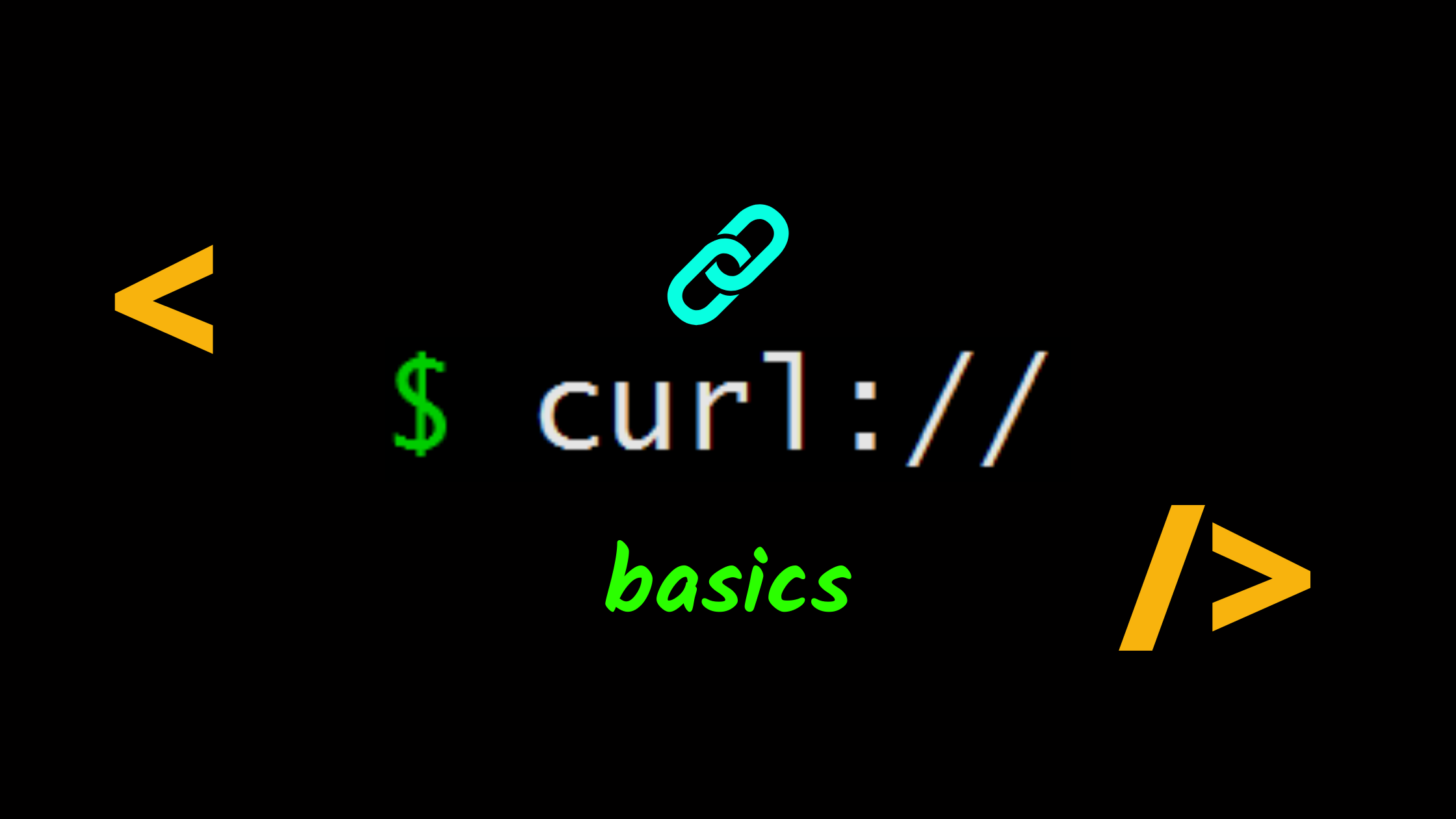 We all might have used the curl command but might be unaware of it. It Curl or cURL command is the utility or tool to access the internet from the command Befor

We all might have used the curl command but might be unaware of it. It's super old and still serves a great purpose. It has been available since 1996 and still is widely used in many embedded technologies, web API testing, CLI applications, etc. In this article, we'll see some basics of using the curl command along with its applications.

What is the curl command?

Curl or cURL command is the utility or tool to access the internet from the command line interface using various protocols. This looks trivial but it can blow up your mind! Most people use this tool for fetching and processing the data from the servers/internet from their terminal without the browser but there is a lot more to it. It is used in various embedded devices for accessing the network in a lightweight and accessible way. Let's see how you can use the curl command from the very basics.

Why do we need it?

Before we talk about how to use the curl command let's talk about why might we need that? There are a lot of reasons and it even depends on the application you are using. You can use curl to test your API, well there are other tools like POSTMAN, Insomnia, etc but for keeping things simple you can quickly get in with curl and test some endpoints. You might require curl for creating some CLI applications that require fetching/posting to an URL over the internet. If you are using the terminal, curl integrates really very well with the shell programming languages like BASH, ZSH, etc So, after making WHY out of the way, let's start with the actual content.

curl or Client URL is a command-line utility that helps in accessing/posting data with various protocols over the internet. It basically serves as a bare-bones browser URL search bar. You can't render those pages like the actual GUI, and all but you can get is the HTML source code, JSON response, etc. That's still quite powerful and used in tons of applications.

The above is a basic structure of the curl command. We see the argument structure in-depth in the next section. Firstly, let's take a simple curl command with just the URL is given.

From this query to github.com , you are literally going to GitHub.com and getting a response as the entire HTML source code of the page. If you don't want to spam the output in the terminal, you can redirect the output to a file. With this command, we store the output of the command in the file temp.html, it can be any other file you like.

It turns out that you can even parse in certain arguments to the curl command to get some desired and modified results. Let's take a look at some of them. The entire list of arguments is quite huge and baffling, but this shows how customizable the command is.

This command doesn't load the progress bar and simply outputs the response in a file, making the execution process in the terminal clean.

Integration with other commands

As said, the curl command can be well integrated with the other commands using piping in shell, assigning to variables, and so on.

Let's see how we can convert the JSON response to a BASH variable.

Here, we are fetching the JSON response from the dev.to API ,The wired string N2vDzMyEeYGTxjUTePhC8bYd is my dev.to API token (don't worry I have revoked it:) ) we have provided an argument -H that is a Header for accepting a Json response. We can store the contents of the curl command by using the $( ) and assigning that to the variable name of your choice. Here, we have stored the username from a JSON response to the variable username. We have piped the curl command so that we can work with that JSON response and modify the contents and then store the final results in a variable. In this case, we are using grep to filter out the content between the key username and name , thus we get the value we desired. To see the value you can always run the echo command as below: So, that's how the curl command integrates flawlessly with BASH and other shell programming languages.

Where is it used?

curl is actually used in API testing, CLI applications, Web Scrapping, etc. It's a great tool for terminal lovers. Let's see where we can use the curl command actually to make some good projects.

We can use, curl to test an API, it might be API you would have made or to simply test and play with other API available publicly. You can get an in-depth guide about Testing a REST API with curl . Actually, curl can do more than just testing, I have made a bash script that actually posts some data over a database through the API so that I don't have to do that manually. That is the kind of automation I love to do and curl! Just did that.

Web-scrapping is usually trending with Python, but I have done that with BASH. That might be an outdated idea but is a good task to learn the basics of Web-scrapping with BASH ;). I must say that sed, awk, grep are the tools are powerful like heck in doing these tricks. I have made this crypto-currency and dictionary scrapper with BASH. Web-scrapping can be done with the curl command by fetching to an API if any or any website. We need to search and find the particular fields, classes, or ids the elements the required data might be into and then extract and filter using the tools like grep, sed or awk.

We can make CLI applications like creating a terminal view of existing applications using their APIs or website. I recently made a CLI for cross-posting articles to dev. to, hashnode and medium. That is a project still in progress(tons of bugs) but still serving a decent job. Definitely curl might not be the only command that works here, but the project might look so incomplete without curl .

There might be other applications as well, who knows there is a lot to do with this command. If you know one, please let everyone know in the comments.

Special Thanks to the creator of the curl command - Magnus Daniel Stenberg and the developers who are still contributing and maintaining the great project.

So, from this article, we were able to understand the basics of the curl command and understand its applications in actual programming stuff. Hope you liked it. Thanks for reading and until then Happy Coding :)